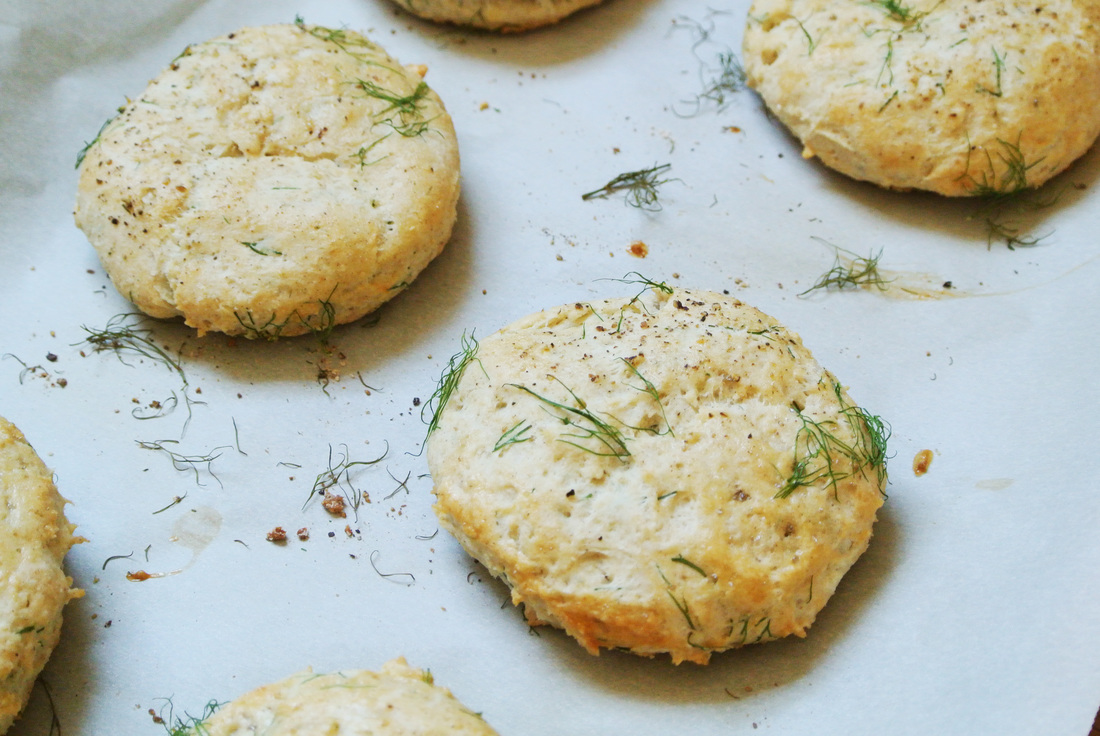 In my almost one year of being gluten free, it has been a challenge to fully believe that foods I would normally consider “off-limits” can actually be ”on-limits.” It’s probably because so many store-bought products just aren’t very good, and if there are some that are good, they seem to take forever to find.

This is exactly why I started baking so much over the last year, and in general, cooking so much more than I ever had. I obviously liked seeing what was going into my food firsthand, but I also appreciated having (more) faith that what I made would turn out so much better than any store-bought gluten-free product.

While I have experimented with making gluten-free cakes, cookies, scones and breads, I had been holding out on making biscuits for some reason (even though my biscuit-loving boyfriend hinted about making them numerous times).  I had this little voice in my head telling me that gluten-free biscuits wouldn’t be good (which is ridiculous, I now know). I also expected biscuits to be a challenge to make, either preparation-wise or baking-wise. Boy, was I wrong!

After coming across Butter Loves Company’s one-bowl recipe for buttermilk biscuits, I knew the time had come to attempt the seemingly impossible. Because the recipe lends itself to gluten-free adaptation and the addition of extra flavoring ingredients, it was the perfect starting point for a little experimentation. I had some leftover dill in the fridge, so I added that and a little lemon juice to the dough – and voila! – herbal and citrusy biscuits ready for our weekend breakfast. 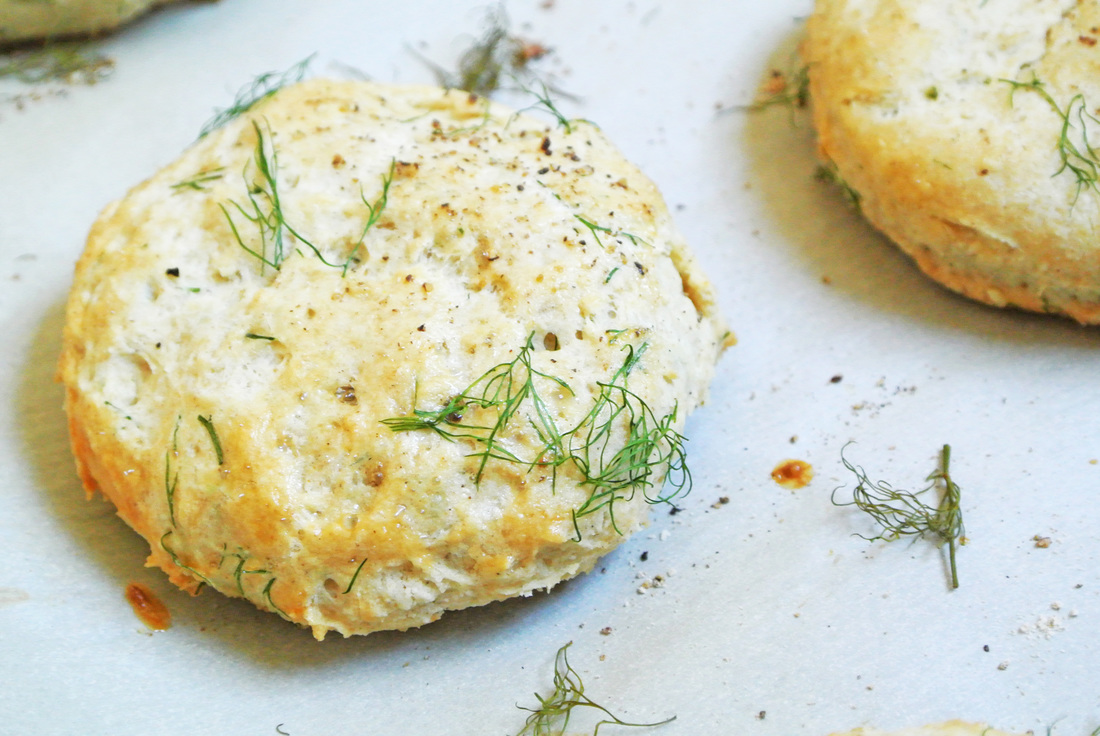 Ingredients:
Directions:
Preheat oven to 400°F. Line a baking sheet with parchment paper and set aside.

Make a well in the center of the flour/butter mixture and add the buttermilk and egg into the well. Stir until the egg and buttermilk are just evenly distributed in the flour mixture. Add the dill and lemon juice. Stir to combine until the dough starts clumping together into a ball. Be careful not to over mix. If the dough seems too wet, add more flour until it holds a shape.

Scoop the dough out onto a floured surface and pat it into a circle about ¾-inch thick. Using the top of a 2½-inch-round drinking glass (or a round biscuit cutter), cut biscuits out of the dough. Press dough scraps together as necessary so that additional biscuits can be cut out of the remaining dough.

Place the dough circles on the prepared baking sheet at least 1 inch apartment. Brush each circle with egg wash and sprinkle with dill and fresh cracked black pepper. Bake for 15 to 18 minutes or until golden brown on top.

Have  questions or comments about this recipe? Feel free to send me an e-mail at julie.brickandbaking@gmail.com.